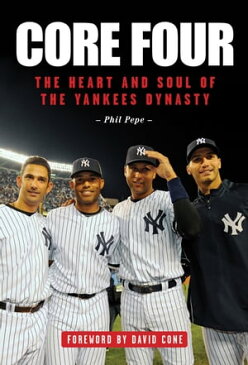 ＜p＞Tracing the careers of four instrumental players who turned around the Yankees ball club, this book shares behind-the-scenes stories from their early days together in the minors through the 2012 season, and follows them on their majestic ride to the top of the baseball world. At a time when the New York Yankees were in free fall, having failed to win a World Series in 17 years and had not played in one in 14 yearsーthe Bronx Bombers’ longest drought since before the days of Babe Ruthーalong came four young players whose powerful impact returned the franchise to its former glory. They were a diverse group from different parts of the globe: Mariano Rivera, a right-handed pitcher from Panama, who was destined to become the all-time record holder in saves and baseball’s greatest closer; Derek Jeter, a shortstop raised in Kalamazoo, Michigan, who would become the first Yankee to accumulate 3,000 hits; Jorge Posada, an infielder-turned-catcher from Puerto Rico, who would hit more home runs than any Yankees catcher except the legendary Hall of Famer Yogi Berra; and Andy Pettitte, a left-handed pitcher born in Baton Rouge, Louisiana, who would win more postseason games than any player in baseball history. Together they formed the “Core Four,” and would go on to play as teammates for 13 seasons during which time they would help the Yankees advance to the postseason 12 times, win the American League pennant seven times, and take home five World Series trophies. This book follows these phenoms from the minor leagues to the present, detailing their significant contributions to a winning major league franchise.＜/p＞画面が切り替わりますので、しばらくお待ち下さい。